Watch and Read Our Patient Testimonials

See what our satisfied patients are saying on Google and Yelp.

* = Results may vary from person to person 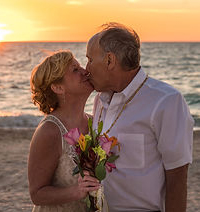 Diabetes was going to steal time away from this SoCal couple (Anne and Rob) as Rob's diabetic complications went from bad to simply life-threatening.

Kidney disease, severe lethargy, and poor vision meant Rob had to step down from his technical supervisory role at a major defense contractor.

After receiving one of our mailers - Anne suggested Rob look into our Reverse Diabetes program. He attended one of our weekly seminars to learn more about his disease and its complications.

Although highly skeptical, he took the plunge with a "nothing ventured - nothing gained" outlook.

"I literally had nothing more to lose and diabetes was wrecking my life. I did not want to take this lying down. So I thought I'd try their program."

Within 4 and half months, Rob was off his meds with an A1C of 6.4 and back on his feet with clear vision and renewed zeal and vitality.

Within months of receiving treatment, he was back at his old job, and most recently, they renewed their marriage vows in Trinidad and are looking forward to many happy healthy years together with Rob's Diabetes as a distant memory.* 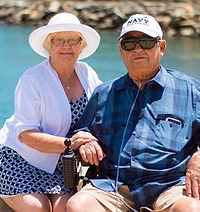 As childhood sweethearts Dagmar and Kurt M. had, so far, enjoyed the very best that life could show them and, naturally, endured some of the worst. They were used to overcoming obstacles but when Jim suffered a major stroke after quadruple bypass surgery the responsibility of caring for Kurt at home was largely hers alone.

The isolation, heartache, and pure physical toll of being Kurt's primary caregiver slowly chipped away at her own health and, after just a few years of late nights and some understandable comfort eating, she suffered a collapse from a Hyperglycemic episode and was diagnosed as Type 2 Diabetic in 2007.

Things went from bad to worse as she introduced insulin in addition to ineffectual oral medication. "Life just became unmanageable, my blood sugar seemed to be zig-zagging up and down and they said my kidneys were working at 40%. I started getting tingling and numbness in my feet which worried me and I'd heard a lot about dialysis and kidney failure - it just sounded horrible."

With no alternative in sight, a friend suggested she might attend a seminar she'd seen on a flier for Functional Medicine and she took a chance, enjoyed the seminar, and was ultimately accepted into our care.

"It's been a revelation! I had to make a few changes but nothing drastic. It was nice to see a Doctor face to face for more than 15 minutes too - real care and support. Over 4 months improvements kept coming and I was able to come off insulin and other meds, my blood sugar was stable within a few weeks - cholesterol too. I'd put on a lot of weight over the last 15 years and it just dropped off. Kurt can't afford to lose me and we came close to that. So glad I reversed my diabetes and got my life back."* 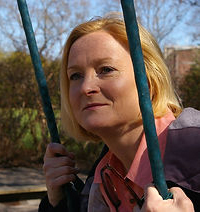 "When I came to this clinic I was suffering from digestive issues horribly for several years. My doctor sent me to a GI specialist. The endoscopy and colonoscopy they ordered revealed nothing, so they told me nothing was wrong.

Well, something was wrong! No one could tell me what it was. I discovered functional medicine and did some research to see who practices this way in California. I came to Advanced Functional Medicine after seeing all the positive reviews online. At first, I was skeptical, but I felt like I had nothing to lose and did not want to live this way. In the first few weeks of them seeing me, my digestion was almost normal!

This was very encouraging and their tests revealed exactly what foods and issues were causing my problems. They put me on a customized plan, and in a few months not only was I back to normal, but I also looked better too!

Thank you all so much! I feel like I was given a second chance at life. I would recommend this office to anyone."* 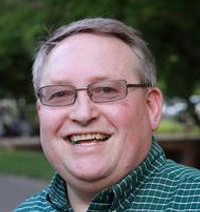 "My name is Bob. I heard about this program through a family member who listens to public radio. I didn't know anything about it. I was diabetic for over 20 years and with the same physician who never did anything but prescribes me drugs. I was taking 3 diabetic medications, cholesterol medications, and blood pressure meds.

My doctor told me, or implied, that I would be on these for life. I also had burning sensations constantly in my feet. I started this program and the first thing I noticed was the burning sensation in my feet started to resolve, my vision got clearer, and my energy returned.

Over a few months, my weight changed from 250 down to about 220. My cholesterol and blood pressure started to drop too, which they monitored for me all the way through and I was able to reduce those medications.

Needless to say, my doctor was amazed. My A1C is normal, my cholesterol and blood pressure are good, and I'm barely taking medication. No more burning in my feet, which amazes me. This is a great program, very thorough, just follow what they tell you to do. I'm very thankful I heard about this group."* 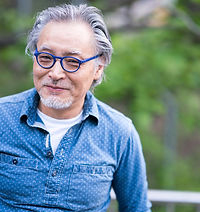 "It was quite a sudden shock to me - in terms of my diagnosis as a diabetic - I had no idea."

Melvin B. is a 52-year-old Filipino American who had always tried to be careful of what he ate in spite of working long unsociable hours - the father of three was shocked to find himself a Type 2 Diabetic but not entirely surprised in retrospect.

"My mother had diabetes and so does my sister. Also, my work has always been stressful - but it's expected in my profession as a network engineer - when a job needs fixing there's no going home until it's done. It was just exhausting."

The first signs of a diabetic problem for Melvyn were blurred vision and often complete exhaustion after eating when returning home in the evening.

A routine set of tests with his PCP revealed an A1C of nearly 11 and high fasting glucose levels in the morning. He was prescribed Metformin and, a year or so later, Glipizide to combat what seemed to be an ever-worsening condition.

Insulin was discussed after Melvin's BG levels were unmanageable - even with 2000mg of Metformin RX.

There seemed to be a grim future ahead and with it the prospect of an impaired quality of life that may have impacted on his ability to continue to hold his job.

Melvyn attended our Diabetes seminar and he and his wife agreed that anything was worth a try over the inevitable course of lifelong insulin.

"Advanced Functional Medicine has achieved what I rationally assumed to be impossible. Within a few months I was energized again, off my meds, and full of energy - they were the first to comprehensively test me and identify the various factors at the root of my problem and correct it."

"I am, clinically, no longer Diabetic and am making more time for my family with a less stressful job and simply getting on with life."*

Call Now
Back to the top